Silence is not necessarily what you get when you turn off the TV or your music player. Instead, if you’re lucky or listen well enough, you’ll hear something organic, rustic, and probably nostalgic. Walking in nature, you’ll hear the rustle of the leaves, the crisp of the grass under your feet, the crackle of dried leaves, or the percussion orchestra of the sea. Walking in nature and nature sounds benefits are not only for our ears but also for our minds.

But what power do nature sounds have over our minds? Why do they help calm them?

The power of natural sounds to command a relaxed state is no myth. Listening to nature sounds while sleeping does amazing things to your brain— a fact proven by research.

The effect of natural sounds— ocean waves or the pitter patter of the rain— on sleep is similar to the effect of listening to white noise. A study published in the journal, Sleep Medicine, found that patients who listen to white noise in a hospital intensive care unit are less likely awakened. This is because the white noise decreases the difference between background noise and peak sounds that punctuate the hospital surroundings.

Similarly, the rhythm of the natural sounds can be meditative. Dr. Orfeu Buxton, associate professor of behavioral health at Penn State University, explained that nature sounds benefits come from the fact that they promote sleep. He said that the slow whooshing noises of the ocean waves, for instance, are non-threatening sounds that send a signal to the nervous system to calm down. Abrupt sounds, on the other hand, trigger the “threat-activated vigilance system” of the brain that wakes up a person up. The scream, for one, is the best example of an abrupt sound that jolts people up.

Other nature sounds benefits you may gain plenty from include:

Researchers from California and South Korea believed they have found the key to a good mental health and creativity. They are all united in the idea of walking in nature to acquire it.

Nature is replete with different sounds. They are not only limited to the sound of rolling waves or the clapping acoustics of a thunderstorm. If you pay close attention and make a list, you’ll be surprised at the variety of sounds that you do not often take notice. Here are examples of the sounds of nature that can help give a calm and relaxed feeling:

The rhythmic crashing of water on sand and rocks is one of the most popular calming sounds. In the words of Dr. Buxton, he said that ocean waves sound like as if they are saying, “Don’t worry.” repeatedly.

Another example of water sounds is the gentle burbling of the brook. It is a consistent murmur as water passes through a bed of rocks.

Sleep for a lot of people comes on a rainy afternoon. It may be because of the cool air that it produces or, as science suggests, the constant pitter-patter of raindrops on your roof blocks other startling and threatening sounds. Raindrops produce an applause-like sound that is akin to a white noise. Its uniform and consistent timbre lull most, if not all of us to sleep.

Some animal sounds are calming, too, if they are produced in the same rhythmic and gentle fashion. There are a lot of animal sounds that most of us have not yet heard. Luckily, the Acoustical Society of America has quite a comprehensive list of animal sounds— from marine mammals to birds and reptiles.

The loud howling of the wind is, to most people, a rather scary sound, but a gentle breeze that produces a rustling sound of the leaves is usually relaxing. Many people love how it fades in and fades out, like the waves.

Music is not all there is that lulls us to sleep. As science shows, you can reach calmness from non-men-made sounds. That mysterious feeling of safety you get from listening to the sound of waves or the gentle breeze has a scientific explanation. So, if you have been having rush days in the midst of the cacophony of city sounds, it’s time to take a walk and listen to the sounds of nature. But not all nature sounds are calming, especially those that are punchy, high-pitched, and loud. Choose well and reap all nature sounds benefits as well as walking benefits outdoors.

To learn more about these EMF shielding devices, please visit our shop. 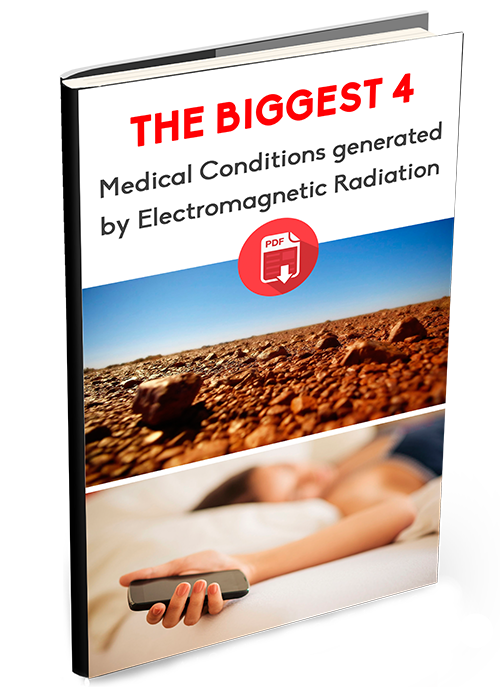